Public Safety and Security Consulting Services
wbrucechapmanconsulting@gmail.com
905-599-4813
Bruce Chapman is the Past-President of the Police Association of Ontario (PAO), which is the official provincial representative body for over 28,000 sworn and civilian police personnel from 46 local police associations across Ontario. A unifying voice for advocacy in policing, the PAO provides its member associations with representation, resource, and support. Bruce held the position of PAO President from 2015-2021 prior to retiring from policing.

Bruce has 34 years of service with the Peel Regional Police Service, working up to the to the rank of Detective Sergeant during his career. During his years of policing, he focused on numerous areas of the service including uniform, criminal investigations, major crime, drugs, fraud, homicide as well as the officer in charge of robbery, and forensics.

Prior to becoming PAO President, Bruce was a long-standing member of the Peel Regional Police Association (PRPA). He served for over 14 years on the PRPA Board, which included 12 years in the position of Board Chair.

Bruce is the recipient of the Queen’s Jubilee Medal and is active in the community with participation in various causes including the Kids, Cops and Fishing Program, Special Olympics, and the Juvenile Diabetes Research Foundation.

Bruce is also a passionate advocate for the mental health and wellness of the first responder community. Notably, he was a vocal champion regarding the need for presumptive coverage of Post-Traumatic Stress Disorder (PTSD) and Operational Stress Injury (OSI) in Ontario’s first responders. In April 2016, Supporting Ontario’s First Responders Act, which included such presumptive coverage as an amendment to the Workplace Safety and Insurance Act, was enacted into law by the Ontario Government. 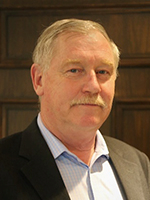