If your are a First Responder and suffering from medical/mental health issues from working the 911 tragedy, please contact Matt McCauley at 914-363-6355.

Matt’s practice is focused upon the representation of September 11th first responders who were injured or have developed illnesses due to their invaluable service at Ground Zero, Fresh Kills and other disaster sites during the rescue and recovery operations following the 9/11 attack, and civilian survivors who lived or worked in lower Manhattan and are now afflicted with some of the same post-attack diseases. Matt, a former NYPD police officer and still-licensed paramedic, was a 9/11 first responder, and has now been advocating on behalf of first responders and survivors for over 12 years. As many (but not all) Americans are aware, September 11th first responders and civilian survivors have been developing sometimes-fatal cancers, lung ailments, and other diseases at alarmingly high rates, often tragically leaving them and their families with impaired earning ability and outsize medical costs. The first responders were not only firefighters and police officers, but also paramedics and EMTs, nurses, construction and iron workers, sanitation workers, civilian volunteers and others.

Together with some of the country’s best advocates, Matt lobbied feverishly for the passage of the James Zadroga 9/11 Health and Compensation Act of 2010, affording benefits and compensation to ill and injured first responders and civilian survivors through the creation of the September 11th Victim Compensation Fund, administered by the U.S. Department of Justice. Matt and other dedicated advocates of the crucial legislation successfully redoubled their efforts and got Congress to reauthorize the “Zadroga Act” in 2015, and will fight for the cause of the September 11th first responders and civilian survivors for as long as the need exists.

In addition to Matt’s work with the New York Delegation (U.S. House and Senate members, local politicians, and other supporters of the Zadroga Act) and 9/11 HealthWatch (a not-for-profit advocacy organization which monitors the federal government’s 9/11-related programs to ensure that first responders and civilian survivors receive the quality health care and other services they deserve), Matt has been recognized for his steadfast advocacy for the 9/11 community by U.S. Senator Kirsten Gillibrand. He was named Advocate of the Year by John Feal of the FealGood Foundation (a not-for-profit organization that assists and advocates for first responders in the context of 9/11-related illnesses and issues, and other special challenges faced by the first-responder community on a daily basis). Matt has participated as a guest lecturer at the annual Remembrance Forum hosted by VOICES of September 11th (a not-for-profit organization dedicated to addressing the long-term needs of those impacted by the 9/11 attack and its fallout, commemorating the lives lost, and promoting national preparedness). Matt has also been recognized by the New York State Police for his work on behalf of its members.

Matt knows he is one of the lucky ones, and considers it a privilege to work on behalf of the first responders, survivors, and loving family members who gave so much and now need a modest degree of help. As a former New York City police officer and paramedic, he has a unique understanding of the 9/11 community and its particular needs. This background and a gnawing sense of survivor’s guilt fuel his passion for preparing these just claims on behalf of the heroes and survivors who are mostly unknown by the general public. It has also led him to a position of great mutual respect with the attorneys and staff at the USDOJ’s September 11th Victim Compensation Fund, with whom he interacts constructively and successfully on a near-daily basis.

Matt spends considerable time and effort (on a pro bono basis) informing first responders and qualifying civilians about the World Trade Center Health Program (administered by the federal Centers for Disease Control and Prevention), and getting them enrolled as participants. This enables their health to be monitored regularly, at no cost to them, by doctors, nurses and other healthcare professionals specializing in occupational and environmental illnesses, even before any signs or symptoms have arisen, providing for the earliest possible medical intervention in the event that they do develop any disease. 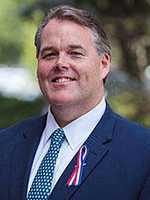