As an award-winning, internationally-recognized Subject Matter Expert, Cynthia Goss is a true pioneer in the field of emergency preparedness response. Wholly dedicated to addressing head-on the myriad mental health issues resulting from critical incident crisis response, Cynthia has spent 30 years of her life educating others. With an impressive background, her work has touched the lives of so many, from law enforcement groups to the families of major disaster victims. She shares her in-depth comprehension of pertinent global concerns, adapting her focus as needed to include emerging contemporary issues, including college and university campus preparedness plans and the ongoing societal reintegration of military personnel.

Since 1995, Cynthia has been President of the Catch a Falling Star Law Enforcement Assistance Program, where she compassionately assesses distress, managing and referring officers to necessary professionals, while managing complex cases from beginning to end. She is also a Course Developer and Subject Matter Expert (SME) with the New York State National Center for Security & Preparedness and the National Center for Biomedical Research & Training at Louisiana State University.

Instructed in excess of 10,000 police officers over the years, Cynthia is a dynamic, engaging public speaker who utilizes interactive modules in order to drive home the importance of her material. Working directly with police academies across the United States, Canada, and Australia, law enforcement is taught effective techniques to deal with a broad-based spectrum of issues, such as job burnout, fitness, resource referrals, and relaxation. Her passion for consulting on the development of specialized programs and creating targeted coursework is reinforced by thorough research, needs assessments, and pilot testing. As Dr. Grady Bray explains, “Cindy helped define the standards for international law enforcement stress programs.”

In 2006, Cynthia wrote, produced, and promoted “When Trauma Doesn’t Bleed.” It is most certainly one of her greatest achievements, bringing to light the often-overlooked emotional costs suffered by the first responder community. With powerful reenactments, role-playing exercises, and potential scenarios, the acclaimed video was narrated by 60 Minutes’ Mike Wallace. Currently being employed by the FBI’s training program, it has won widespread recognition, garnering the Silver Shield Award (Training & Professional Policy) from the Law Enforcement Video Association and the International Law Enforcement Training Academies Association’s Silver Award.

Cynthia, who completed her Master of Arts in Social Policy and Development from the State University of New York and is also Certified as a National Master Interventionist I (C.N.M.I. – I ) through the National Association of Drug and Alcohol Interventionist.  Cynthia resides in Lancaster, New York, where she enjoys spending quality time with her grown son, daughter, and their young families. 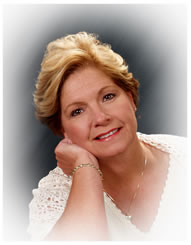